It's a bit late in the posting, but I wanted to share a project that I put together for the Summer Smooches special that has been going on this month.  (you still have until 11:59pm tomorrow, April 30th to order...or wait until June 1st for the new catalog) 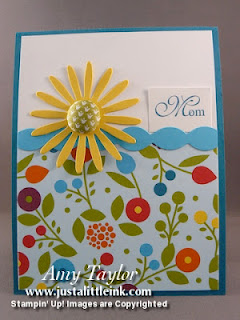 I first came up with this project for a demonstrator swap I participated in back the end of March.  And, since it was such a nice layout I used it for my April stamp club meeting as well.  So, some of you may have already seen this project.

It uses the Daisies #2 and Tasteful Trim die cuts for the Sizzix Big-Shot.  The center of the flower is one of the fabric brads that was only available during the April special, and unfortunately were so popular that they have already sold out!

Thanks for stopping by. 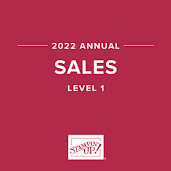 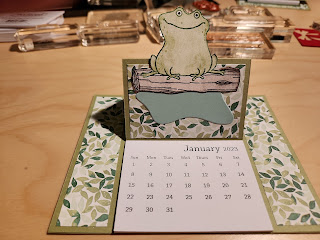